Prior to formulating the prosthetic prescription for any upper limb amputee, the prosthetist must carefully assess and examine the patient’s residual limb condition with respect to different anatomical and physiological characteristics as well as various other sensory and motor examinations. Following the assessment, the prosthetist will discuss the wide range of available options and types of prosthetic componentry with the patient and the rehabilitation team, and then decide the most appropriate prescription for his/her needs.

The different prosthetic components used in any prosthetic arm generally include a socket to anchor the prostheses from the limb, a suspension system to hold the limb in place, a terminal device (a hand or a hook) that performs the activities along with different prosthetic joints such as wrists, elbows, and shoulders that provide different movements to the user.

Patients sometimes also require exclusively fabricated prosthetic arms that allow them to perform a particular task or a hobby, that is, activity-specific prostheses.

In body-powered prosthetic arms, the prosthetic components are controlled by the user’s own body movements and forces. The force that is required to control and move the components is mechanically transmitted from the user’s own remaining muscles, through a strap cable attached to the target prosthetic component. For higher lever amputees (such as shoulder disarticulations) where a major portion of the limb is missing, this required muscle force is transmitted from the opposite side. Body-powered prostheses provide good tactile feedback to the user about the surrounding environment and often function as an extended limb. Such prostheses are simpler to use, are more durable, require less maintenance, and are often more cost-effective. However, the appropriate force and strength that is needed to comfortably operate the prosthetic arm depend on a number of patient factors including strength, posture, and the available motion in the anatomical joints. The major drawback of using a body-powered prosthesis is that it causes discomfort and restricts the movement of the patient due to the snugly fit cable and strap system.

Activity-specific prosthetic arms are specially designed prostheses that are used by amputees for different recreational or vocational activities, such as gardening, playing sports, fishing, heavy manual labor, swimming. Such prostheses are generally prescribed to those amputees who want to perform a specific activity but are at risk of residual limb damage due to that activity or to those amputees whose prostheses are not suitable for performing that particular activity. Hybrid prostheses consist of a specially designed socket interface, suspension system, and a terminal device that is most suitable to perform the desired activity, for example, a terminal device that has the option of attaching gardening tools or a terminal device that allows the amputee to use a fishing line.  Hybrid prostheses can be passive or active, depending on the needs of the user.

The type of prosthetic system that is most suitable for any particular patient always depends on a large number of different factors and must always be decided after a thorough assessment and consensus between the user, the prosthetist, and other members of the rehabilitation team.

Components of a Bionic Arm Prosthesis

Bionic prosthetic arms are in direct association with the body’s nerves as well as muscles. They...

Benefits of Choosing the Zeus

We at Aether Biomedical have made it our mission to provide custom solutions to upper limb... 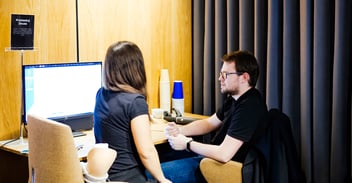 You’ve spent the time and money finding the perfect bionic hand, getting it to fit just right, and...